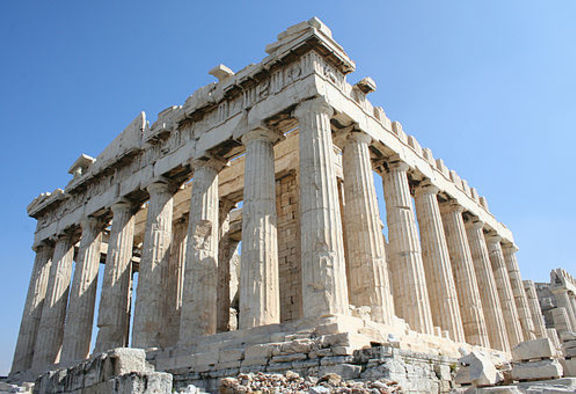 You don't necessarily need to be fit as a fiddle when going to Athens, the host city of the first modern-day Olympic Games back in 1896. But it won't do any harm either, as this city is able to give you a possibly record-breaking amount of ideas and inspiration – if you're ready to take it all in.

That Athens is so loaded does not really come as a surprise when considering that this place has been constantly inhabited for over the last 7000 years. Imagine all the stories, souls and spirits that have built and contributed to the city's character. Ranking amongst the world's oldest cities, Athens awaits you with breathtaking UNESCO world heritage sights (do we have to mention the Acropolis?) and dozens other spots where history is densely in the air. Call it spirit, ghost or energy – there is something there, but it's hard to grab. The experience of standing on ground where the foundations for European civilization and politics have been created can definitely make you feel somewhat overwhelmed.

Fed by an enormous past, Athens is nourishing a very vivid presence and counts amongst the most modern and exciting European cities. Today it's no longer foremost old wise bearded men (although there still are some!) that make city life so thrilling, today it's the young, trendy, creative, busy and hedonistic people of Athens. Meet them in hip cafes or galleries, on Monastiraki flea market, in Psirri's nightclubs or on any of the dozens close-by beaches on the South coast of Athens. Being very aware contemporaries regarding their past and the state of their presence, you'll find them being open minded people: chances that you'll leave Athens with having made new friends are high.
Tour information for Aroma of athens 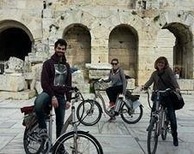 We will meet in our office at ten to ten from where we depart around 10.00 am. We will show you our bikes and let you do a short test drive ...

All tours by Lovli Local Natalie 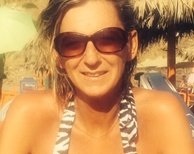 Hi, I am Natalie, Local in Athens. I’m passionate about Food, photography, and riding my bicycle. My Motto: Best way to explore the city is with a local